Finally a day off. After working all week I was finally able to relax and enjoy myself.

This weekend was Las Rageous, the metal festival in downtown Vegas.

I was so impressed with how organized and put together this event was this year. There was like 0 trash because after every set the trash people would come and pick up everything people left. the alcohol and food stands were all completely separate from each other along with the bathrooms. The ground was all astroturf so it was actually comfortable to stand and enjoy the show since we were standing most of the time. Last year everything was arranged differently and it was still put together but this year I could tell the difference. I was seriously so impressed with how structured everything was. 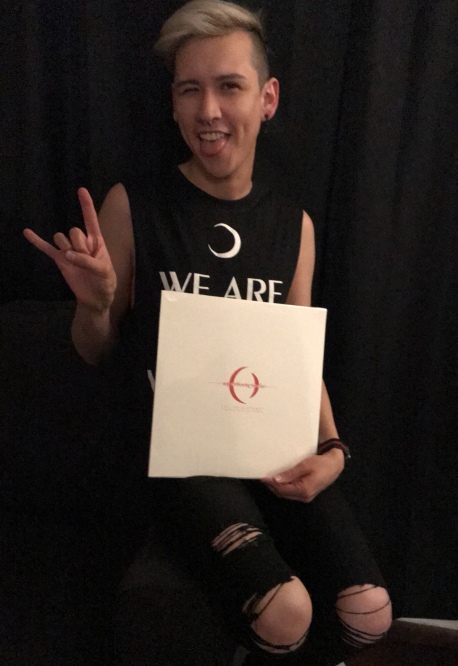 Thursday night Nick and I went to A Perfect Circles private listening party and Q&A with Maynard and Billy. That was an incredible experience for me simply because A Perfect Circle’s thirteenth step album was the first rock album I ever bought. I grew up listening to a lot of Journey, Goo Goo Dolls, Foo Fighters, Marilyn Manson etc. etc. and then I went into a rap and hip hop stage and realized that really was not for me so I turned to rock again. To have APC up close like that just completed my teen years.

At the end of the Q&A they gave everyone vinyls of the new album and apparently they only made 200 of them. Happy I was a part of that experience.

APC is where it all started with me in middle school and to come this far listening to them and hearing their new album out is just awesome. I have to thank my best friends Lisa and Brandon for making that Q&A and Las Rageous happen because this weekend was definitely a memorable experience. 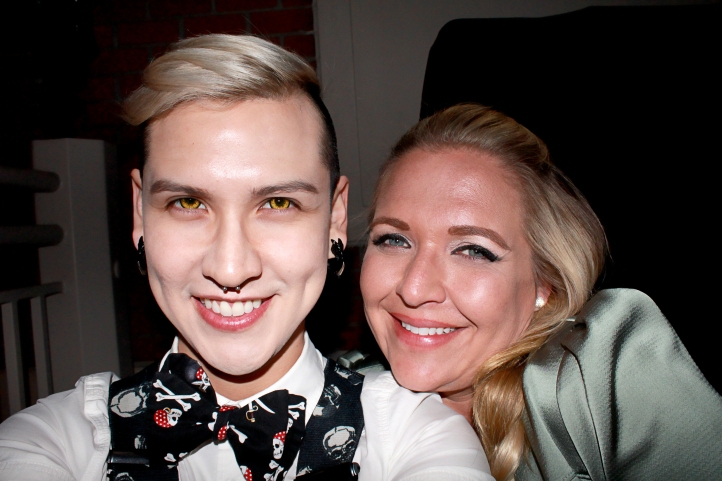 Friday night I went to a friends party with some friends and afterwards headed downtown. Nick had no idea what to expect at all and it was hilarious because he kept thinking it was going to be in a dirt lot lmao. I think he felt it was going to be huge and dirty like Ozzfest or some shit so he almost didn’t even want to go but even he was blown away with how nice the event was, especially considering it was rock fest which you expect I guess to be kind of dirty as it is.

The only band we really cared to see Friday night was APC. All the really good bands I felt were on Saturday so we literally only went to see them on Friday and went home.

Saturday the weather was a lot better and not as cold or hot and I wasn’t as tired.

Something I’ve noticed that a lot of people don’t really do is mosh anymore. Maybe it’s just Vegas people but I don’t really see many mosh pits anymore. Last time I moshed was when I was 16 years old at an Aiden concert. I fell so hard on my ass I thought I broke my ass and could barely stand so security helped take me out back to feel better lol.

One band I was reallllly excited for on Saturday was Judas Priest. That was such a blast from the past. Lets just say that they still have their edge and are absolutely brilliant live. Truly impressed with those guys.

One thing I noted from the show that was so refreshing to see were all the older people that were rocking out to Judas Priest. I stood far in the back when they went on because I already knew that band was really going to stir up some craziness. There were a few guys standing in front of me. They must have been in their 40-50’s and they were head banging so hard and singing along loud and proud and it was the best thing ever. You know these guys appreciate older metal like Judas Priest and you could tell that was a band they grew up listening to. Metal has drastically changed and you don’t really hear many bands like Black Sabbath or Judas Priest etc etc.

I could tell these people in front and around me were appreciating the metal they grew up listening to and were remembering so that really made my night.

I highly recommend any rock or metal fans to check out Las Rageous next year because it’s definitely a must. I’m already excited for next years lineup since so many great bands played last year and this year.