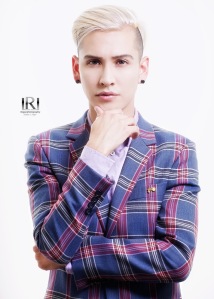 So there’s allot that’s been going on lately.

For starters I started to go back to school for math to brush up on my skills and hopefully go back next year for hair. You mainly need chemistry for hair but if math ever comes up I need to know how to look at a problem and be able to solve it accordingly so I wanted to make sure I was going to understand it now as an adult. It was something I truly never understood in school and I was definitely not self disciplined in school to pay attention and treat school like work so I always failed the class so this time around I decided to go back to re-learn some things in case I ever need to know it in the future. 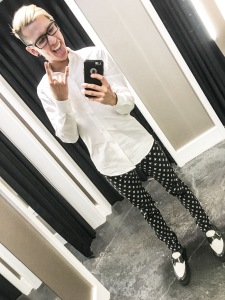 So far it’s been going awesome and I’ve been working really really hard to learn more and more. It’s super difficult at times but I’m slowly getting the hang of it

Another big event that has happened is I met someone… I met someone that I’m so happy with it’s unreal. Everything is still in the getting to know each other phase but it feels like it’s turning into something more quickly. Not exactly committed yet but it feels good to know that I have someone to talk to late at night that actually cares about me and gives me time out of their day to talk and tell me how much they care about me as much as I care for them. There’s always plenty of time to get together and fall in love so I try and just take things day at a time and see where they lead.

I firmly believe in getting to know someone as much as you can before committing to them because there’s plenty you need to learn about the person you’re involving yourself with and you definitely don’t want to look like a fool if they’re not as great as you thought they’d be. I’ve been single 4 years and want to make sure the next person I get into a relationship with is going to treat me a million times better than the past assholes.

Not to mention since I have been single for so long, I really don’t want to fuck things up by doing something stupid or saying the wrong thing. Its been 4 years of the single life and doing and saying whatever I want without a care of what someone might say because I don’t have anyone to answer to. So I’m re-introducing myself to a relationship to make sure when I do decide to get into one then I’ll have the tools I need to try really make things work. I might be overthinking things and making a much bigger deal about it then what it should be but I just know myself well enough to know what I might end up doing or saying that might not be right so I’m teaching myself the ways around everything and how to really make someone happy.

Either way, here he is 🙂

His names Nick and I want everyone to meet him because he’s definitely a special one. One of the best people I’ve ever met and I hope to go further with. He definitely seems worth it and that is not easy for me to say. ❤

Another big thing that happened is I moved back in with my mom for the time being. The person I was living with things just didn’t work out with. I normally care for people allot and can take allot of shit but there’s just things you don’t say to people because you learn as a  HUMAN growing up to show respect to people.

The way I was spoken to that day I will never forget and I will never speak to him again because no matter how mad you are at someone there’s lines you do not cross and if they continue to cross them it’s because they could give a fuck and care more about their own feelings. So I was done. I called my mom that day and asked her if I could come back for awhile because I couldn’t be in the house another second. She of course didn’t mind, if it were for her I would live at home forever and never leave but living on your own teaches you allot and that’s what I liked.

I blocked all forms of communication on the way to my moms and that was the end of that. NEVER again putting myself in a situation as bad as that.

It’s definitely great to be home and to be back with my momma meow meow! and ephemera. School is out in 2 weeks and I’m hoping I pass the test because it’ll determine if I need more classes or if I’m good. So we’ll see!

For now. I couldn’t be any happier and I have a great feeling about this winter coming up.