So I thought I’d give another review about the end of the year.

I met a bunch of new people and lost a bunch as well. My life is never steady when it comes to friends. I have been in denial that my friend door is just a revolving one. I’ve tried to deny that fact because I just always resort to feeling lonely but I always remind myself that I am my own best friend and that I shouldn’t always be searching for someone to have so close to me because you never know what can happen tomorrow.

I won’t hold anyone’s flaws against them, if I feel personally offended or hurt because of what someone did or said to me I’ll forgive because everyone deserves forgiveness but I don’t feel the need to continue talking to those people. We all have problems and nobody’s problems are bigger and more important than our own and if I become victim to them then I have no choice but to walk away because there isn’t another option if you think about it. I refuse to move past it because of something worse happening later down the road and I’m not going to act like things are OK if they’re just not..

I’m content with the little friends I do have and love them to death and it’s no ones fault I feel lonely and don’t want anyone feeling like they’re not doing enough it’s just personal.

I’m still searching for that peace I still don’t feel within myself. I still feel like something is missing and like I don’t belong where I’m at. It’s the weirdest feeling. Sometimes I don’t even feel like I’m human because of the way I’m treated or looked at. I don’t mind it but it’s just kind of a shity feeling because it feels like I’ll never really find a place in this world where I belong or in this lifetime. I know it’s weird to think about or see that I might feel that way but it’s just a feeling I’ve always had. I’m really optimistic, things could be so shity but I’ll still look on the bright side but this is just something deep within myself that I feel. Maybe things will change in the future but for now it’s a feeling that just sucks. There isn’t a day that goes by that I don’t feel like that. I remember going to fill out a job application and it says to list 3 people you’re closest to list and I could barely come up with anyone. I knew people I could put down that are friends of mine but no one that like knows my whole life story that I know wouldn’t mind. I’m not complaining though, just generally speaking bout how I feel. 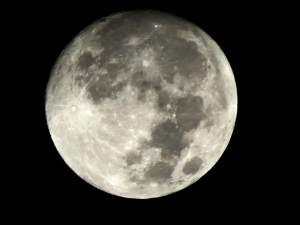 Anyways, on a lighter note. As everyone knows I took up starting to do photography. Nothing professional at all or spectacular just taking photos of things that have meaning to me and finding flaws and such to kind of get my own image going. I know people say to look up books and things to help but I like to be my own person and don’t like to copy what other people do or even have similarities, that’s how you get all these lazy people that say they want to try ideas that they saw and then everyone becomes the same or trying ideas other people first started to do. 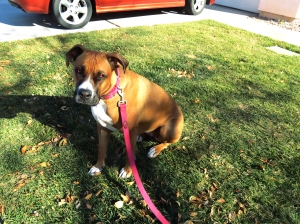 I’ve always expressed myself through writing and photographs and have always thought of myself as just very visual. So I’m just trying to kind of form a story with everything I do and see what I can come up with. 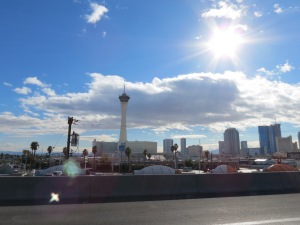 A sunny Vegas is a nice Vegas.

Like anyone I’ve always envisioned myself becoming something great and living in a big house alone and just being happy alone but I realize that I’m not like everyone in a sense where I don’t care for money. It’s comforting to have in your wallet but at the end of the day it’s as disposable as trash and people who have plenty of it and don’t care for anything but it, become just as much of trash..

I might have all the facts wrong but I just look on the negative side of these things because when you’re too happy with what you have and the things you want, you don’t ever thing of the negative since you’re lost in a moment. I don’t ever want to fall victim to such deep problems so I look at the negative and go by that because sometimes the negative holds the most truth balancing everything out to be 50 50. You know 50 negative and 50 positive that’s healthy as opposed to knowing 100 of positive and no negative to help you out if you run into a big problem. (I hope that made sense)

So, next year I hope that I can just keep trying to get somewhere. I’m trying really really hard but just keep falling, I feel stuck more than anything. I’ve taken some harsh reality hits this year and have gotten in trouble so I just kind of hope everything eases up a bit. I’ve never been a problem child. Although I’ve gotten in trouble for things I’ve never been BAD so getting in trouble still scares me and makes me feel like shit because if I get in trouble for something I do I know it was really bad and I don’t like feeling like that so I learn and move on. It just hurts sometimes to not really have an escape from reality when reality isn’t the greatest. I know you have to make your reality great and make your life something exciting but I can’t seem to do that and part of that reason is because I don’t know where to start..

I don’t mean to sound depressed because I’m not, I just feel stuck and don’t know which way to turn when every way I turn just leaves me confused or not wanting to go in that direction.

Luckily I’ve gotten more in touch with religion and that’s been helping. I used to go to Sunday school when I was growing up and loved it because that was the one thing that just really helped me feel connected to myself. I learned things that I could relate to. I was never closed minded and even when I heard things about homosexuality in the bible and such it never made me angry like it makes most gay people because I understand the way it all works and what the bible means about it. Religion works for some and doesn’t work for others and I don’t force it on anyone, just express what I’ve learned and what’s helped me. I just strongly believe that people should believe in a god out there instead of a celebrity that plays god. If people watch movies on demonic possession and things of the sort I don’t see how they could not think a god exists? To be honest, the majority of things I post are all because of things I’ve learned from the bible that I’ve been able to translate and speak about in my own way.

I just strongly believe nothing goes unpunished for whether you believe in god or not. I believe your soul works like a record, the more bad you do goes on your record and the good you do doesn’t go unseen it gets rewarded in due time. When you die all of that counts against you like a law, a spiritual law. People think it’s ok to be evil if you’re not caught but it eventually comes and bites you in the ass and every word you speak out against someone comes back and slaps you right in the face, if not in this lifetime, then when you die. I just feel there’s a plan for everyone and everything happening is according to some kind of plan. I know I’ve quit allot of bad habits like nothing and continue to do so but I’m not perfect and still do bad shit but I’ve managed to hold onto allot of innocence that’s left in me.

I probably sound crazy but this is all stuff I learned this year by just thinking and putting pieces together. I don’t ask anyone to agree with me or try to FIGHT ME about my beliefs I just hope people could start being a little more open minded and not sensitive and close minded. I’m still learning and hope that I’ve got everything down correct. I just want next year to be great and to just keep growing and learning and be successful and just have a clear mind with what I want to do with my life instead of always changing my mind. 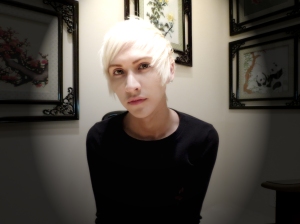 Quote of The Day

“In a world where friends are rare to come across and loneliness seems to always be next to you no matter what, being your best friend is what loneliness truly is, the sad reality is that many people will mistake it for a void that needs to be filled and once that void is filled it’s only temporary and when it goes empty again it hurts and twists more and more like a snake biting into your arm and constricting..”